There’s no reason to favor one vaccine over another. MLADEN ANTONOV/AFP via Getty Images

President Joe Biden on Wednesday said that his administration aims to order enough COVID-19 vaccines for all Americans by the end of May and return life to a real sense of normalcy by July. On Thursday evening, he ordered all states to begin offering vaccines to every adult by May 1st. And to speed up vaccine rollout, the government plans to buy hundred of millions more doses, on top of existing orders, from authorized vaccine makers. And several new vaccines are expected to finish clinical trials and clear regulatory hurdles by summer.

Among the handful of approved vaccines and those near the finish line, we’ve ranked the five most popular COVID-19 vaccines in the market by efficacy rate and availability. Note: Keep in mind that all approved vaccines are good enough for mass use and there’s no reason to favor one vaccine over another.

Availability: Not authorized yet

Novavax is testing its two-dose COVID-19 vaccine in a phase 3 trial in the U.S. But on Thursday, the company reported encouraging results from a trial in the U.K. showing that the vaccine is 96 percent effective in preventing both the original COVID-19 strain and the U.K. variant B.117. The U.K. trial has recruited more than 15,000 adult participants, a quarter of whom are over 65.

Trial in the U.S. is expected to conclude this spring, and an FDA authorization could follow shortly after.

Clinical trial data have shown that the Pfizer-BioNTech vaccine is 95 percent effective in preventing symptomatic COVID-19 cases. More recent real-world data from Israel, where 90 percent of the entire population have been vaccinated, show that the vaccine is equally effective against asymptomatic cases.

Pfizer and BioNTech said Thursday that their vaccine is 94 percent effective against asymptomatic cases after the second dose. The finding is significant because the latest analysis was performed when over 80 percent of Israel’s COVID-19 cases were from the U.K. variant B.117 , indicating that the vaccine is highly effective against this variant.

Like Pfizer, Moderna plans to supply 100 million doses in the U.S. by the end of March. The drugmaker aims to ramp up production in spring and roll out 200 million more shots by summer.

J&J’s one-shot vaccine has the lowest average efficacy rate among the three authorized vaccines in the U.S. Global trial data show that the vaccine is only 66 percent effective at preventing symptomatic cases. (Efficacy rate in the U.S. is slightly higher at 72 percent.) But what matters is that the vaccine is highly effective in preventing hospitalization and deaths and is good enough for mass use. (Flu shots have an average efficacy rates of 40 percent to 60 percent.)

Data from a global trial show that J&J’s single-dose vaccine is 85 percent protective against severe COVID-19 cases, including in South Africa, where most of the cases come from a highly contagious COVID variant.

J&J is in the process of shipping 20 million shots in the U.S. by the end of March and plans to deliver an additional 80 million doses by summer. The Biden administration has announced plans to purchase 100 million more doses for Americans by the end of May.

Availability: Authorized in Europe, the U.K. and part of Asia

AstraZeneca’s COVID-19 vaccine, developed with Oxford University, was the first to receive emergency use authorization in the developed world despite a much lower efficacy rate than competitors. The U.K. began administering AstraZeneca’s doses last December. And countries across Europe and Asia followed the suit.

However, a number of countries have halted giving the AstraZeneca vaccine following reports of blood clots in some inoculated people. As of Friday, eight countries have paused the use of AstraZeneca shots: Norway, Iceland, Bulgaria, Luxembourg, Estonia, Lithuania, Latvia and Thailand.

The drugmaker and health regulators are still studying the link between the vaccine and blood clots cases. Europe’s drug regulator, the European Medicines Agency (EMA), said Thursday it believes the vaccine’s benefits “continue to outweigh its risks.” 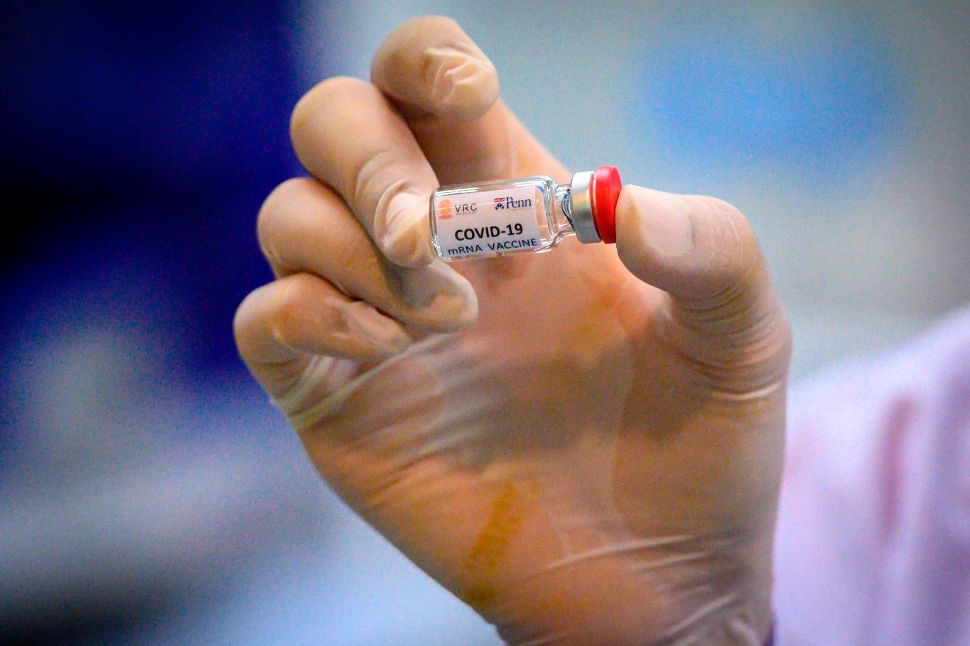