Tasks in manufacturing, one of Cogniac’s key markets, can be error-prone when humans are in the loop. A study from Vanson Bourne found that 23% of all unplanned downtime in manufacturing is the result of human error, compared with rates as low as 9% in other segments. The $327.6 million Mars Climate Orbiter spacecraft was destroyed because of a failure to properly convert between units of measurement. And one pharma company reported a misunderstanding that resulted in an alert ticket being overridden, which cost four days on the production line at £200,000 ($253,946) per day.

Cogniac’s AI platform has customers connect machine vision cameras, security cameras, drones, smartphones, and other sources and define objects and conditions of interest to them. They might specify surface damage and supply chain quality control inspections, for example, or accident prevention and real-time physical threat detection. Cogniac then monitors and improves classification, identification, counting, and measuring through a feedback system while integrating with third-party apps to deliver alerts and notifications.

Cogniac’s system generates custom AI models for scenarios based on imagery and user feedback. Once deployed, these models can learn new characteristics, adapting based either on archival imagery or data users input. The platform monitors the confidence level of reach new prediction, prioritizing predictions with the lowest level for review. And a core learning engine constantly searches for optimal architecture and configuration variations, ostensibly eliminating the need for manual intervention on the part of data scientists or AI experts.

Cogniac claims that with deep convolutional neural networks — types of AI models often applied to analyzing visual imagery — its system can contend with confounders and achieve accuracy over 90% prior to human corrections. Moreover, the company says it enables the platform to support multiple deployment setups, including cloud, gateway, on-premises, and hybrid approaches. 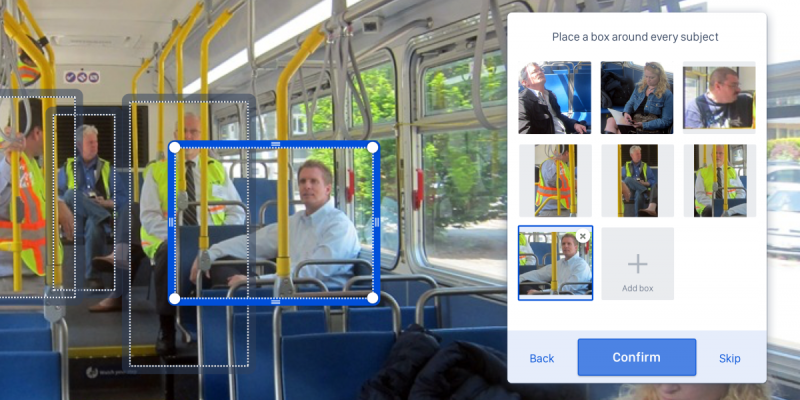 Cogniac controversially provides its software to the U.S. Army to analyze battlefield drone data and to an Arizona county sheriff’s department to help identify when people cross the U.S.-Mexico border. The company has also participated in trials with U.S. Customs and Border Protection and expressed an openness to larger deployments down the line.

But according to Cogniac cofounder Bill Kish, government contracts are a small portion of the company’s business, which is primarily focused on manufacturing and industrial applications. “Our government should have access to the best commercial technology available but do so in a manner that enables a privacy-first approach,” he told VentureBeat via email. “Cogniac does not perform facial recognition, collect facial databases, or perform any sort of matching of images with personal identities.”

One such customer is Georgia Pacific, which is finalizing the deployment of a solution that simplifies processes around the company’s mill operations. Others are “global leaders” in automotive, industrial, rail, packaging, logistics, security, and defense industries that together have helped boost Cogniac’s year-over-year revenue by 78%.

On the subject of bias that might arise in Cogniac’s models from imbalanced datasets, Kish says the company employs a process in which multiple people review uncertain data to establish a consensus. The company’s system acts as a source of record for managing assets, ensuring biases inherent in the visual data are spotlighted so they can be addressed through feedback.

“Our system provides a very high degree of transparency into the training data as a whole, including the provenance of all data and annotations,” he said. “We developed Cogniac with a principle-centric approach … Our platform’s guiding principles and allowable use cases are part of every contract negotiation.”

Autotech Ventures led the series B round announced this week, with participation from Vanedge Capital, Wing Venture Capital, Yellowstone Ventures, and the George Kaiser Family Foundation/Energy Innovation Capital. It brings Cogniac’s total raised to over $20 million, following a $10.1 million series A in May 2019.

This machine takes office-air CO₂ and turns it into fuel

The 8th-generation iPad is already $30 off at Walmart

This Deal Helped Turn Google Into an Ad Powerhouse. Is That a Problem?

‘Raised By Wolves’ Questions Whether Humanity Can Be Saved

Can Amazon Conquer the World?
We Know You Better!
Subscribe To Innovation Newsletter
Be the first to get latest updates and
exclusive content straight to your email inbox.
No Thanks!