Loose Cannon Systems is launching a Kickstarter crowdfunding campaign for Milo, a wearable hands-free voice radio that replaces the traditional walkie-talkie by creating an ad-hoc network with your friends or coworkers.

Milo is a hands-free, phone-free networking system that lets up to 16 people communicate with each other within a range of 2,000 feet between any two participants. It uses a proprietary MiloNet mesh network to establish connections so people can have high-quality voice conversations whether they’re in a warehouse at work or skiing down a mountain.

Milo alerts you if you or one of your party members is about to go out of range or someone has joined your party. You can also pair the device with a Bluetooth headset or plug in a headset. No Wi-Fi or cellphone signal is needed.

Each Milo device has six microphones, a speaker, and multiple radios to ensure good communication.

“What we have built with Milo is the action communicator,” said Celinski. “The whole premise of Milo is to make shared adventures and shared experiences better by connecting people during those moments that matter the most. So you can use it when you’re on the slopes, on the trails, on the water, with friends and family, maybe skiing, mountain biking, camping, or hiking.”

The push-to-talk market is worth about $12 billion. And the outdoor sports category is already having a boom year as people buy things like mountain bikes, camping gear, and navigation equipment during the pandemic.

The company is taking preorders via Kickstarter today, and the first products are expected to ship in December. A two-pack Milo costs $320 (about 36% off the retail price of $498). A three-pack costs $450, and a four-pack costs $550. A single radio costs $170. 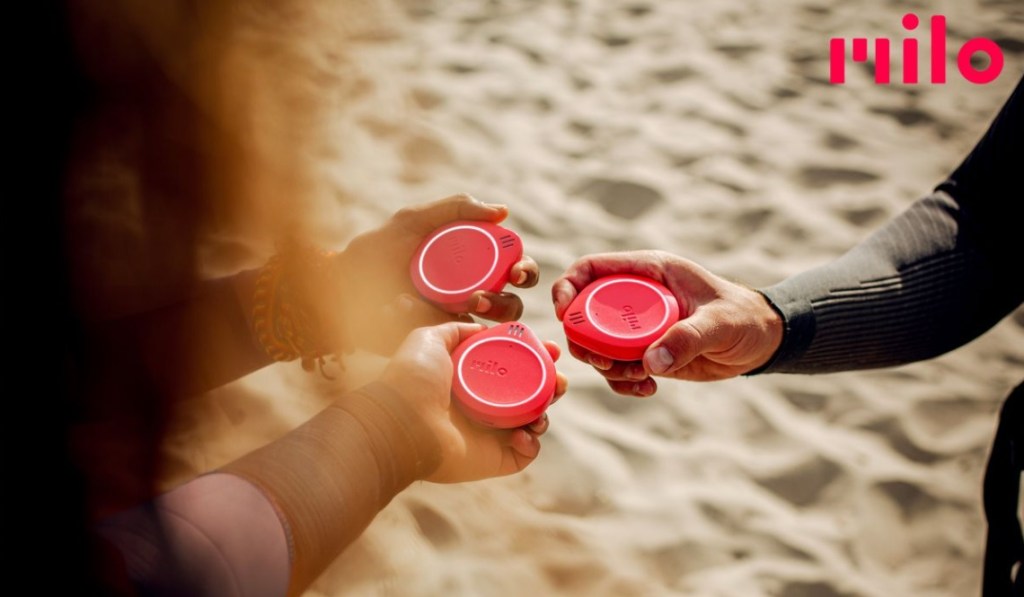 Above: Milo devices help you stay in touch with people near you.

The company isn’t saying who its investors are, but they include a global consumer electronics distributor and Silicon Valley and European tech angels.

Unlike open source alternatives (BT mesh, Zigbee, Thread), MiloNet is tolerant of packet loss, provides proactive routing and latency control, and is air-efficient, the company said. Milo further combines advanced audio processing (wind and other noise), complex radio-frequency design, acoustics, and a simple user interface into a small form factor. The company has four patents, with others in the pipeline.

Celinski said Milo is to walkie-talkies as Nest was to thermostats or GoPro was to handycams.

“We enable simple voice communication for everybody within the group,” Celinski said. “You can focus on interacting. There’s a huge amount of value when people interact during the right moments that really matter the most.” 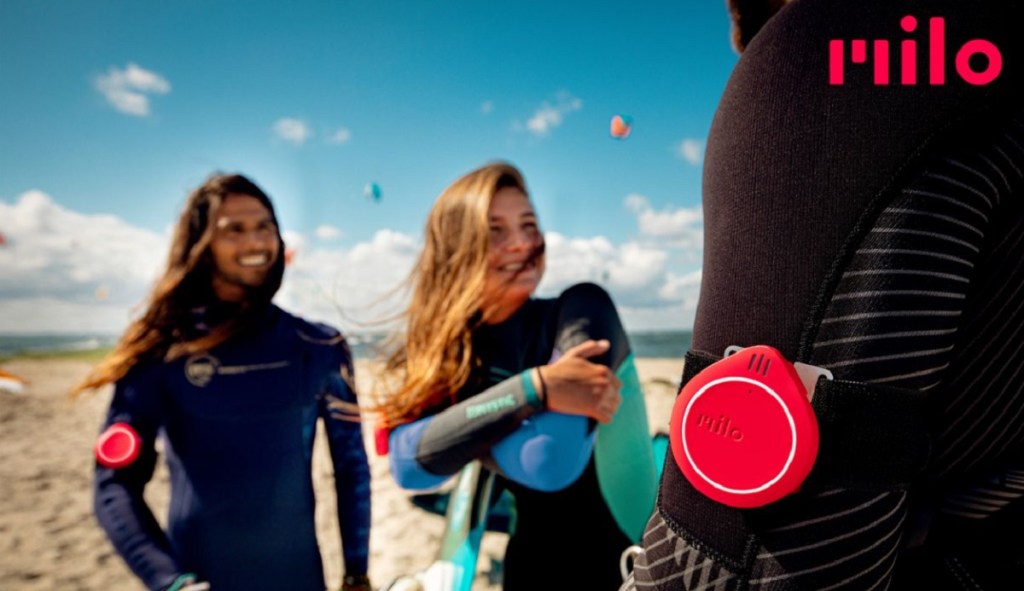 Above: You can wear Milo devices while biking in a group.

Celinski is the former chief technology officer at Sound United (which owns brands Denon, Marantz, and Heos), former CTO at Denon & Marantz, and founder of Avega Systems. The company has a team of 15 people and has been working on the tech for three years.

Loose Cannon Systems is also working on a long-range mode, but it isn’t saying when that will be ready.

If you want to mute the Milo device, you can do so and still hear what other people are saying. You do that by pressing the face button on the device. If you double-press the grouping button, you can hear the names of everyone who is in the group. If someone gets left behind, you’ll receive an alert that the person has fallen out of the range of your device.

Celinski said the battery life should last 10 or 12 hours. While the group size is limited to 16 at the outset, the company said a future software update will enable larger numbers. You can wear the device around your neck or attach it to something like a helmet or bike.

The device uses a mesh protocol with routing so it can distribute voices dynamically, where points on the network are moving around. It also gets rid of background noise using noise suppression software.

“We have paid a great deal of attention to the industrial design,” Celinski said.